After work I took a stroll into the city before dusk sunk its teeth into the beaten concrete. I decided that I deserved a little pick-me-up of plant goodies. I popped into some of favorite go-to stores like Target and Trader Joe’s.

On the way home, I stood at the back of the BART train, rocking and swaying as the train galloped on the wooden tracks. During my long commute home, I thought about how having easy it was for me to do last minute food shopping.

This is what access looks like. This is what it looks like to live in a city where resources are abundant and sometimes even overwhelming. But some of us aren’t so lucky. And I didn’t always have this sort of access to food. I was sometimes limited by money, transportation, and store options.

When I graduated from college, I decided to live in the more affordable area with friends. What I hadn’t realized at the time was that I was at an extreme disadvantage because of how inaccessible food was for me.

In addition for being strapped for cash, I didn’t have a reliable source for transportation and the nearest grocery store was about 3 buses away from my home. On most days, I’d just stop by the gas station or a fast-food joint after work. This isn’t what I wanted. These weren’t the foods I enjoyed.

In all honesty, after a long day at work and the bus system shutting down early, these were my only options. Fortunately, I was able to bum a ride once a month or so from friends, but it was usually not enough to sustain me until the next trip.

Eating healthy, plant-based food was just simply out of reach for me, no matter how many blogs I read that said things like:

“Just grow your own garden!” I didn’t have the space.

“Use food delivery.” I couldn’t afford it (don’t think it even existed at that time).

“Go to your nearest farmer’s market.” There wasn’t a bus that went out there.

“Every place has a Walmart. Go there.” Have you ever lived in a rural area?

According to the FoodTrust.org, some of the issues with food access include:

What Is The Answer?

Although some of us might not be directly affected by the lack of high quality, plant-based foods in some parts of the United States, it doesn’t make it not true for others.

How do we solve this issue? How can we eat healthy and plant-based when the food is literally out of reach?

At the very least, it’s important we continue to build a community of folks who can share their stories, tips, and resources on how to eat plant-based on a budget or on limited resources. Hopefully as this blog and community grows, we can help each other achieve our plant-based goals.

Join the community. Let’s do the damn thing together. 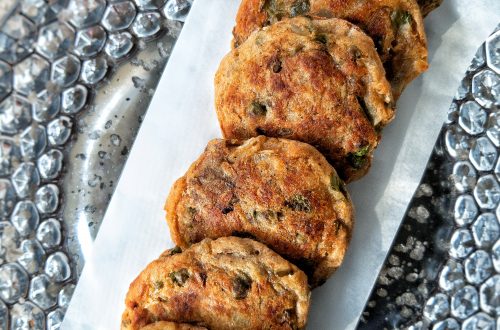 Search Plant Based And Broke

>> More About Plant Based And Broke.

Plant Based and Broke is a participant in the Amazon Services LLC Associates Program, an affiliate advertising program designed to provide a means for sites to earn advertising fees by advertising and linking to Amazon.

Plant Based And Broke