There are so many different sorts of diets out there, things can get really dizzy really fast trying to figure them all out. Sure, there were times when I was eating a mostly plant-based diet, but I didn’t even know what that even meant.. I just stuck to foods I know were good for me, which were fruits and vegetables. Because who really debates on the healthiness of whole-foods? (Maybe folks who think potatoes are naturally evil…but even then).

What’s The Difference Between Plant-Based And Whole Foods?

Whole-foods is just the type of food.

Plant-based diet is a way of eating and choosing what you eat.

However, vegans can subscribe to a vegan diet and follow the plant-based diet guidelines. They’re not the same, but they can be related. Okay, let’s just summarize this a bit.

Veganism: It’s a cruelty-free way of living, from the foods you eat to the clothes you wear. Vegans completely and wholly avoid any items that come from animals. It’s a philosophy that rejects the commodity status of animals.

Plant-Based Diet: This way of eating emphasizes the consumption of whole foods. This way diet usually limits or avoids non-plant-based items such as eggs, sugar, and meat, however,  the emphasis is on the effort. For some, you can eat plant-based, but on the rare occasion still have some sugar or wear leather.

A Vegan Who Follows a Plant-Based Diet: This can be someone who adapts the veganism way of living, while eating a plant-based diet.

What Are Common Vegan Foods That Aren’t Considered Plant-Based?

Lot of people define vegan foods as “plant-based,” but they aren’t. A really common one is tofu. Although it has its benefits and it’s totally vegan, it’s still not considered a plant-based food. Ask yourself this question: will you ever be able to find a block of tofu sprouting from the ground? No, you won’t. Tofu is a highly processed food made from soybeans.

Soybeans: Yes, they are plant-based.

Is There Protein In Plants?

There’s a lot of protein in plants! If you’re eating enough calories and eating enough plants, you’ll find yourself eating enough protein. Just focus on eating a variety of food and colors and you should be all set. Mix it up and eat you protein…from plants.

What Are Examples Of Plant-Based Foods?

Plant-based foods are usually 1-ingredient food items. They don’t have a list of unfamiliar or strange foods. Additionally, they are very straight-to-the-point. For example, an apple is a plant-based food. Applesauce is not. Why? Because it has been so processed to the point that it’s pretty much unrecognizable. When you go out in nature, think of the sorts of foods you might find – they’ll be in their natural and whole forms, not in a block of tofu, or in a ketchup bottle.

Plant-based is described by Harvard Health Publishing as “plant-based or plant-forward eating patterns [that] focus on foods primarily from plants. This includes not only fruits and vegetables, but also nuts, seeds, oils, whole grains, legumes, and beans. It doesn’t mean that you are vegetarian or vegan and never eat meat or dairy. Rather, you are proportionately choosing more of your foods from plant sources.”

In summary, a plant-based diet strives for the best-you-can, not perfection. Below are a few examples of plant-based foods:

The Common Guidelines Of Eating Plant-Based 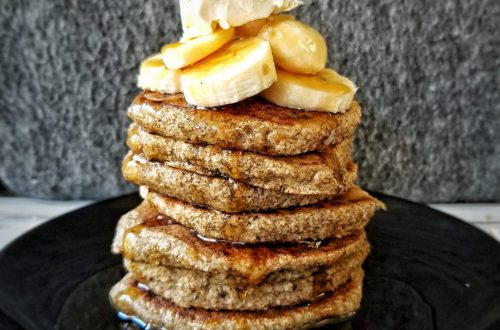 How To Make Vegan Banana Pancakes 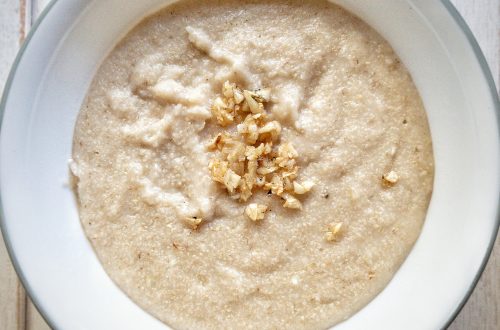 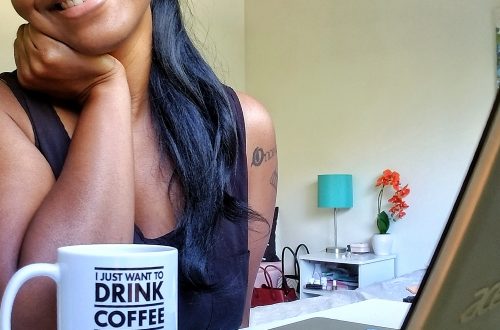 Plant Based and Broke is a participant in the Amazon Services LLC Associates Program, an affiliate advertising program designed to provide a means for sites to earn advertising fees by advertising and linking to Amazon.

Plant Based And Broke